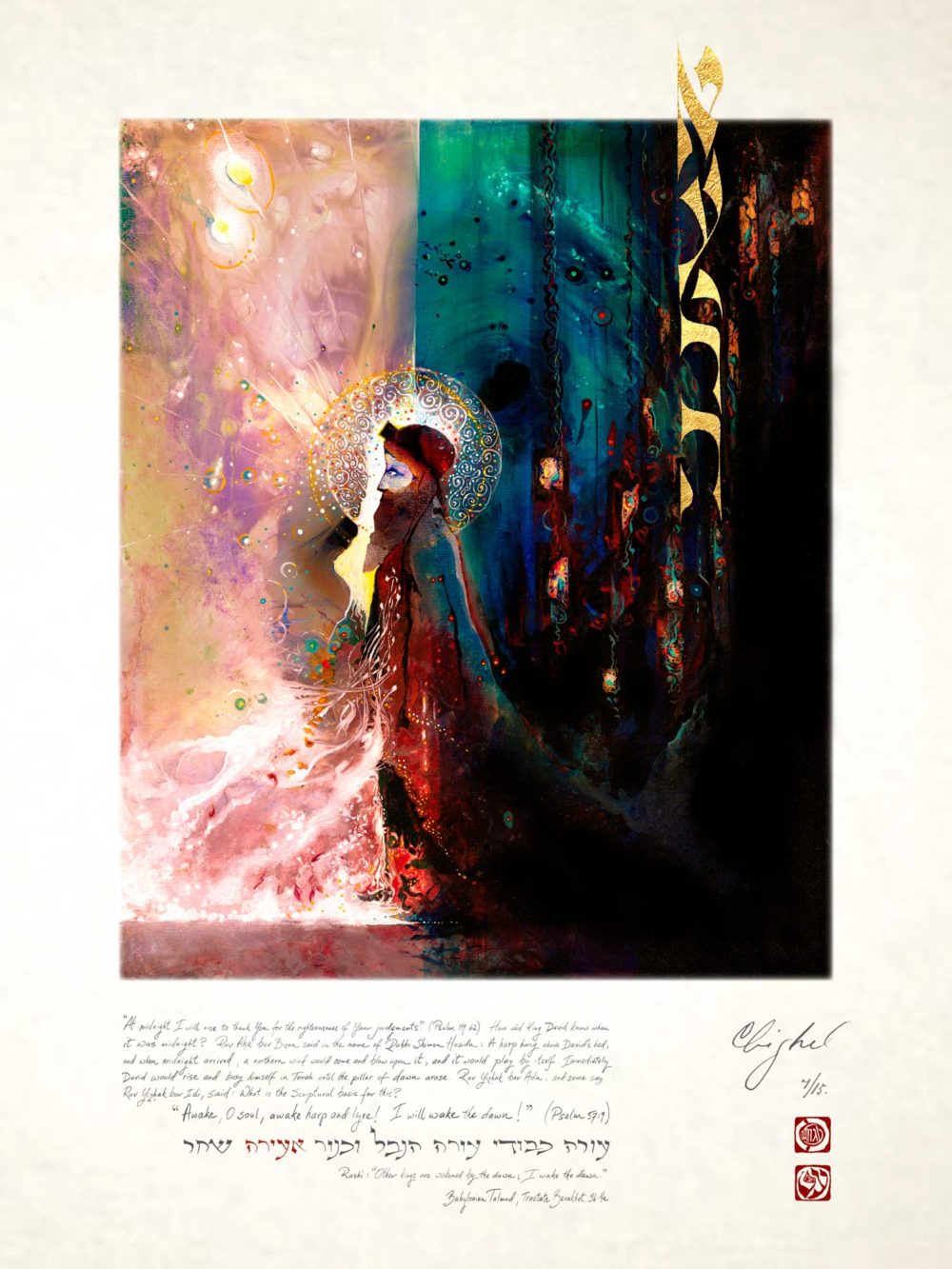 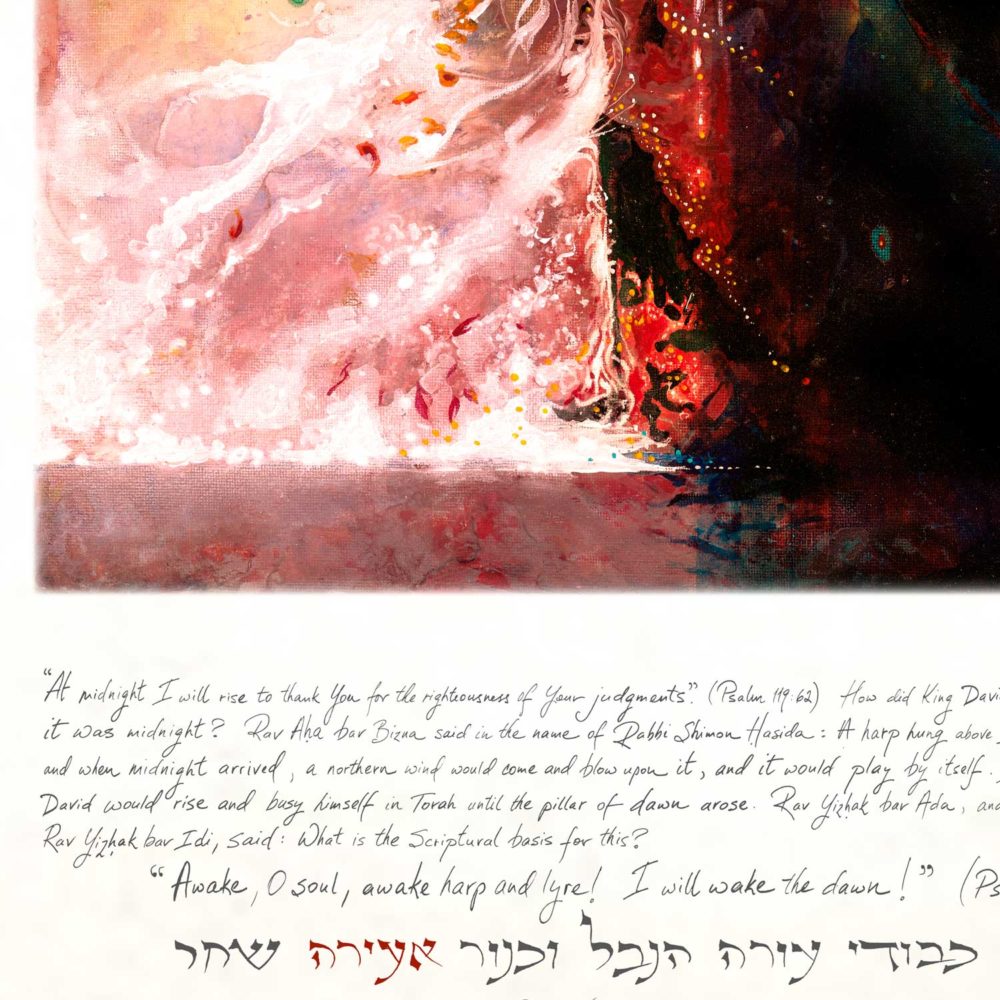 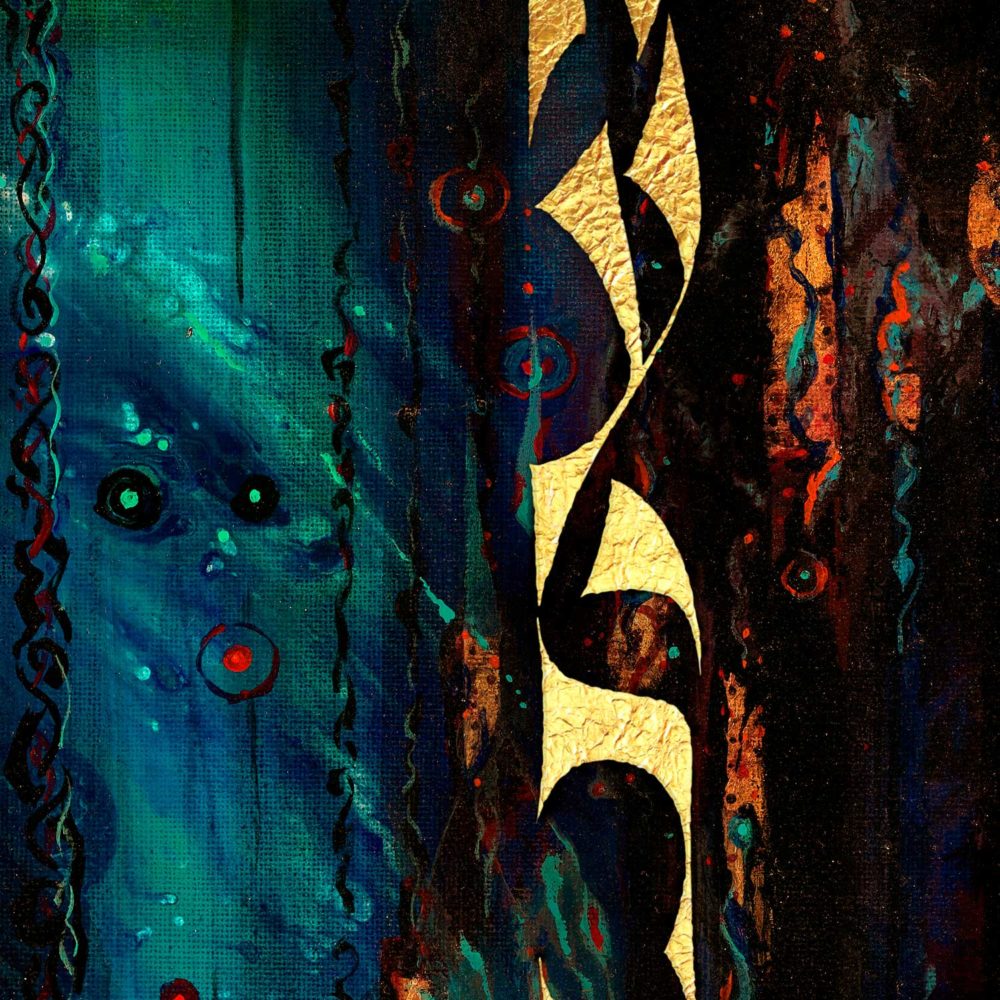 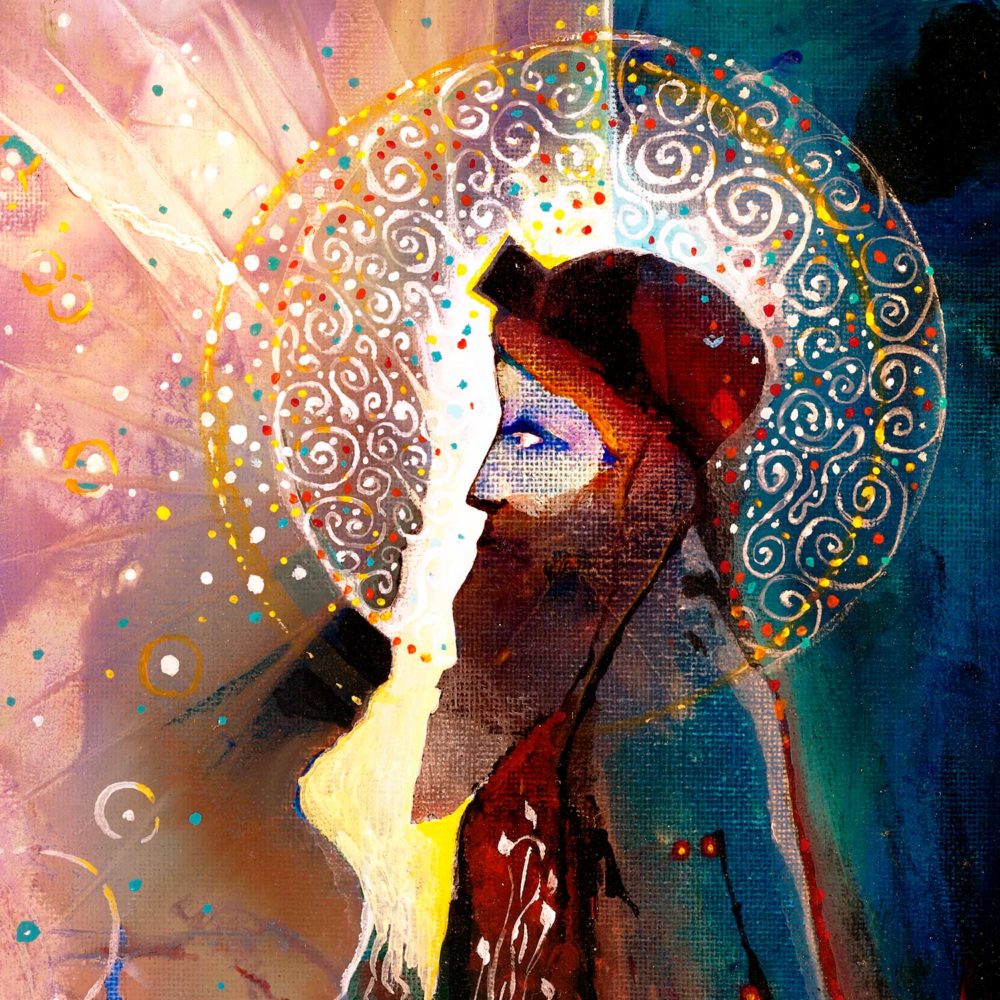 In this manuscripted illumination of A’irah, the royal figure in rust red and emerald blue is identified as King David. David addresses his own soul in Psalm 57:9, “Awake, O soul, awake harp and lyre! I will wake the dawn!” The words “I will wake” translate the titular Hebrew word a’irah [אעירה].

Below the illumination the classical midrashic explication of this verse which found in the Talmud is given. The hand-written text reads as follows.

“At midnight I will rise to thank You for the righteousness of your judgments.” (Psalm 119:62) How did King David know when it was midnight? Rav Aha bar Bizna said in the name of Rabbi Shimon Hasida: A harp hung above David’s bed, and when midnight arrived, a northern wind would come and blow upon it, and it would play by itself. Immediately David would rise and busy himself in Torah until the pillar of dawn arose. Rav Yitzhak bar Aha, and some say Rav Yitzhak bar Idi, said: What is the Scriptural basis for this? “Awake, O soul, awake harp and lyre! I will wake the dawn!” עורה כבודי עורה הנבל וכנור אעירה שחר

Rashi: “Other kings are wakened by the dawn; I wake the dawn.”

The large Hebrew word a’irah (אעירה) extending downward vertically in the top right section of the page is made of gold leaf manually applied to the print by the artist.