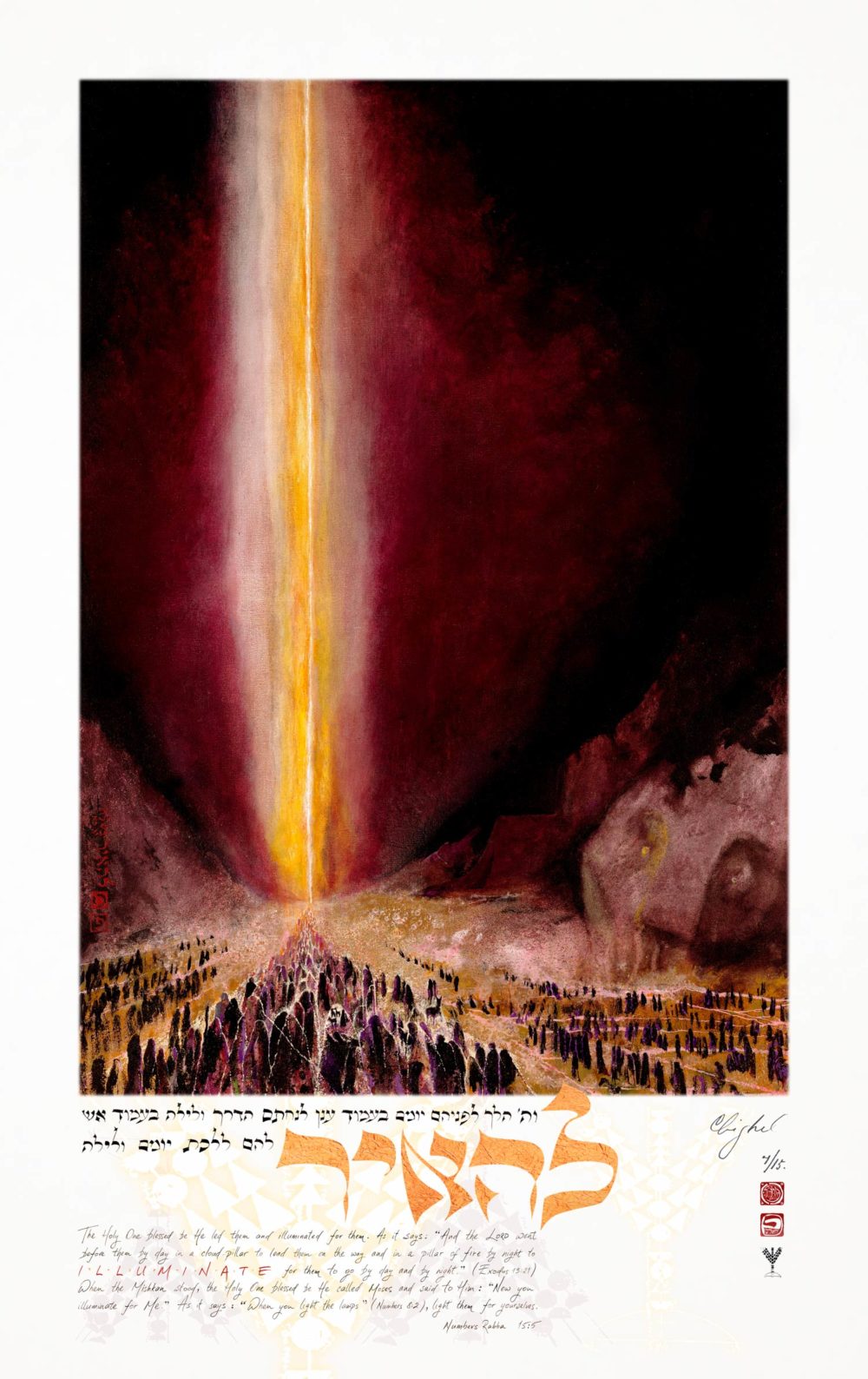 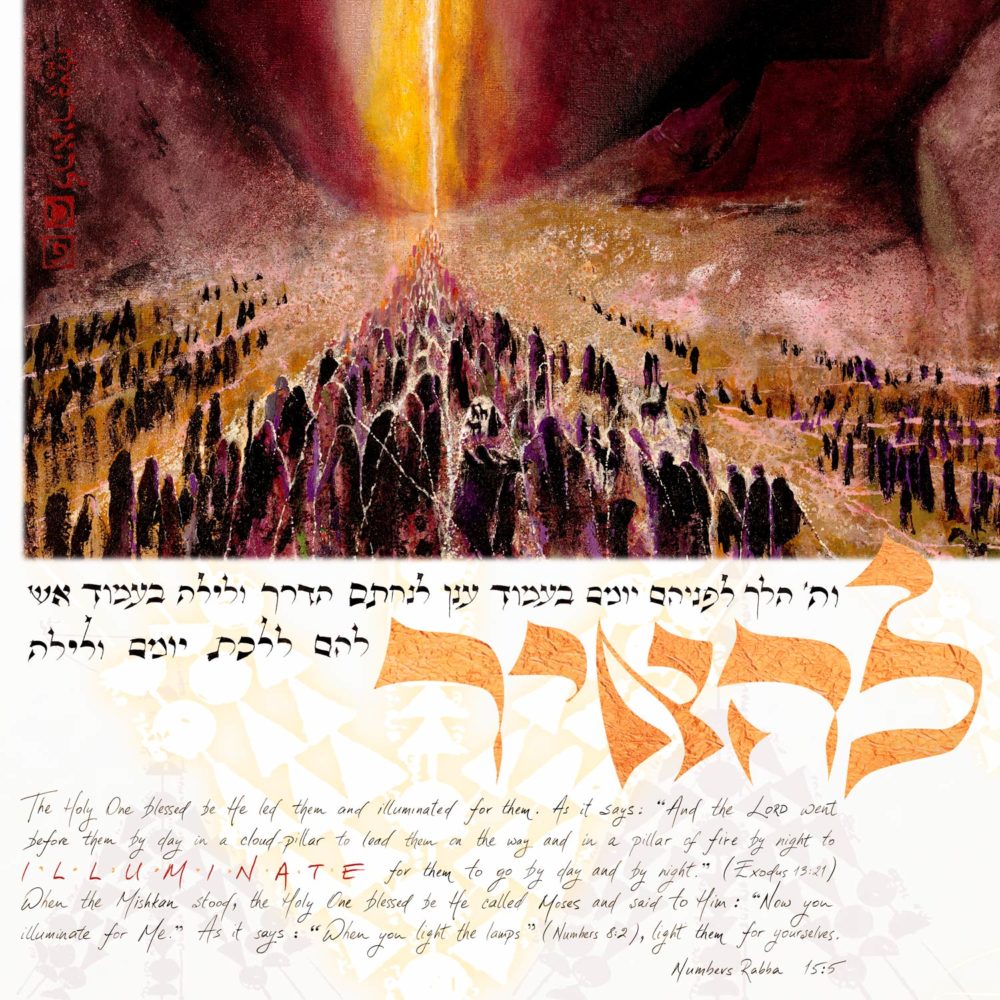 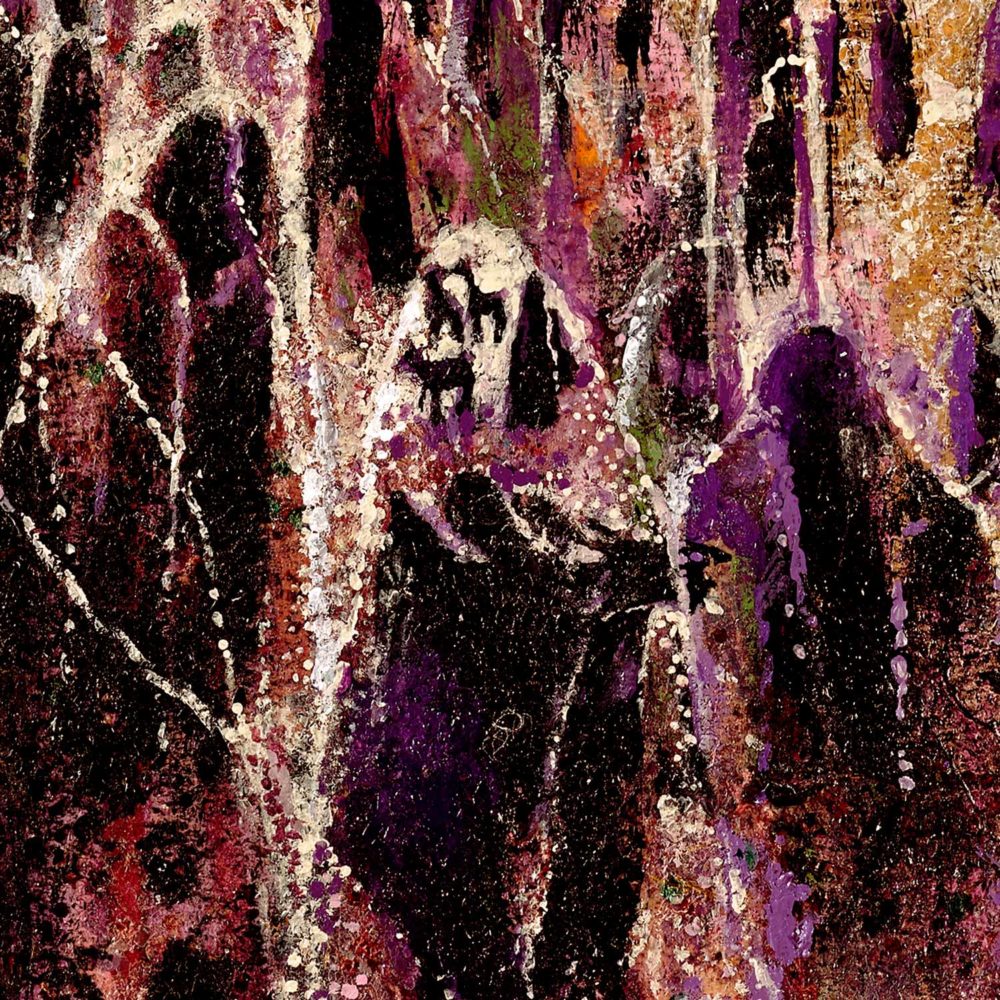 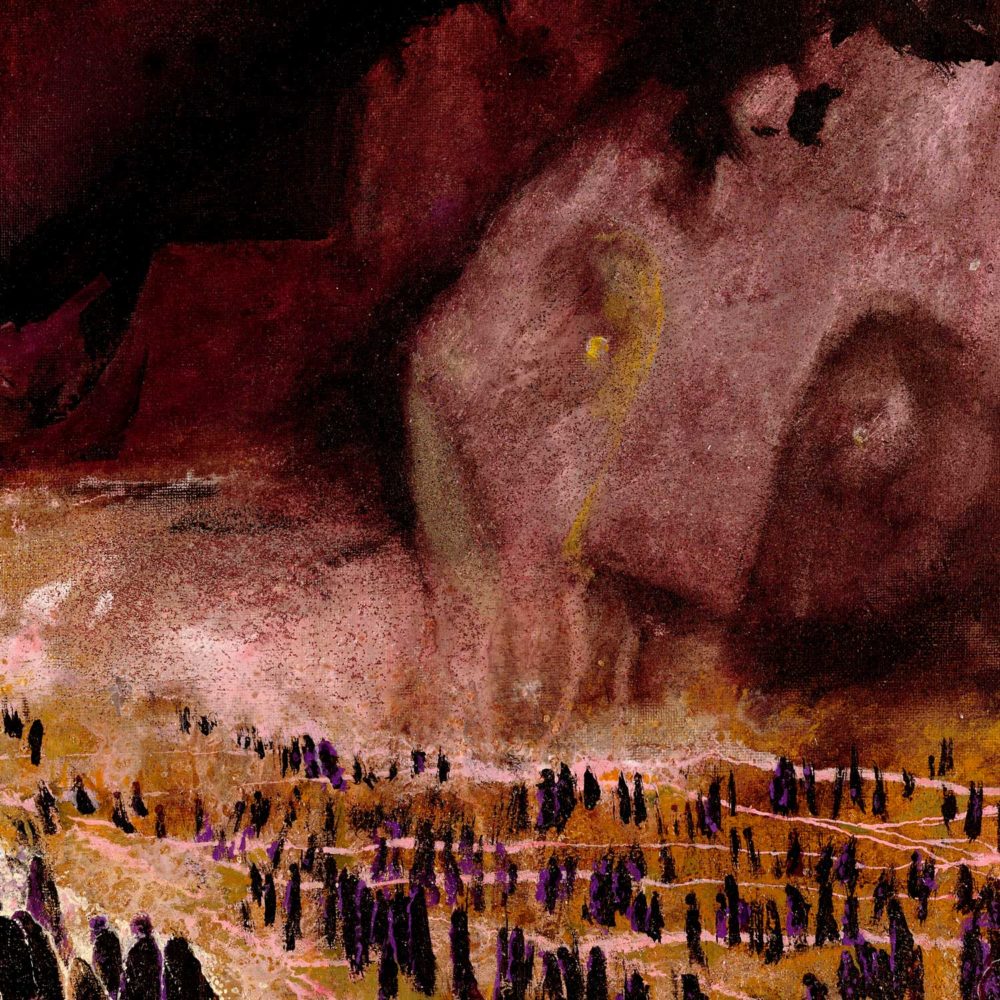 Leha’ir means: “to illuminate.” The Hebrew word, להאיר, which appears in manually-applied copper-leaf below the night desert scene, comes from Exodus 13:21. Accordingly, the manuscripted version of Leha’ir features this verse as it appears within the explanatory context of the following midrash:

The Holy One blessed be He led them and illuminated for them. As it says: “And the Lord went before them by day in a cloud-pillar to lead them on the way and in a pillar of fire by night to ILLUMINATE for them to go by day and by night.” (Exodus 13:21) When the Mishkan stood, the Holy One blessed be He called Moses and said to him: “Now you illuminate for Me.” As it says: “When you light the lamps” (Numbers 8:2), light them for yourselves.

As this midrash compares and contrasts the Pillar of Fire to the Menorah (Candelabra) in the Mishkan (Tabernacle), the manuscripted area of the print is superimposed on watermarks of the celebrated sketch of the Menorah made by the illustrious Rambam, Rabbi Moses Maimonides (1138-1204).