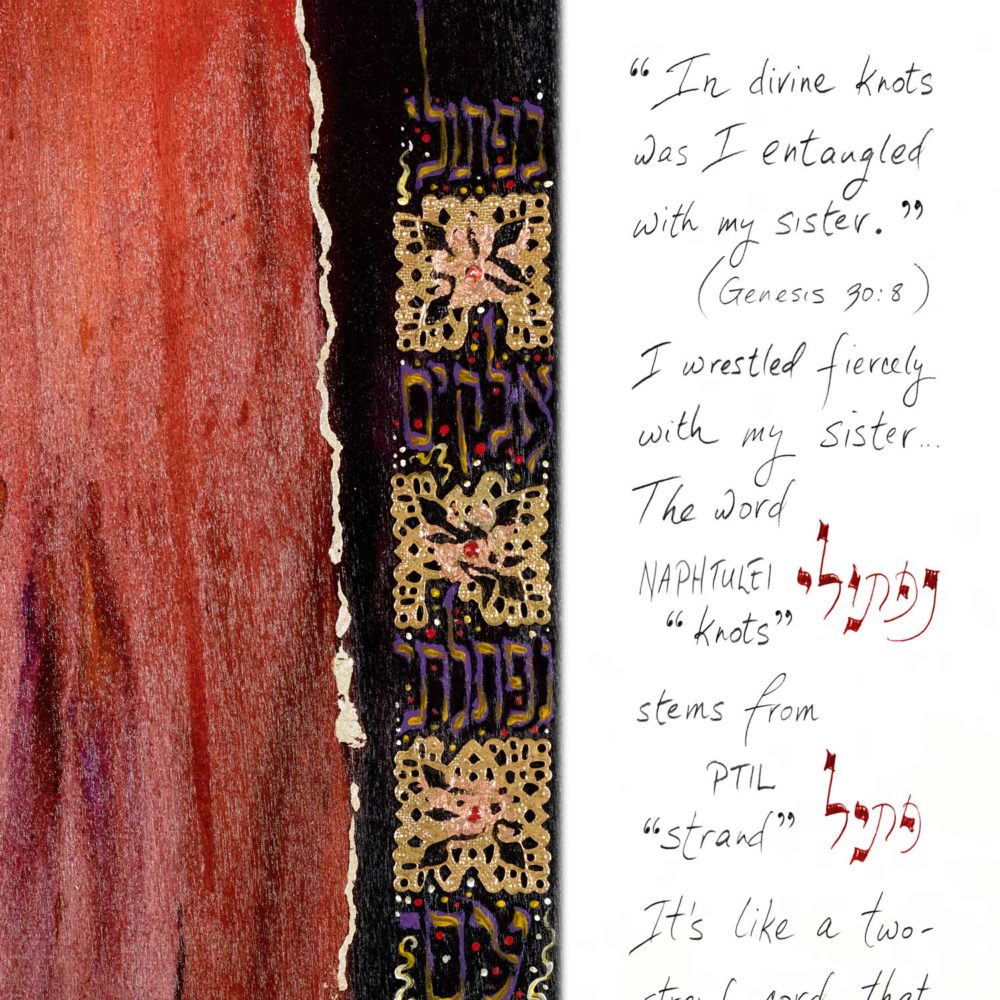 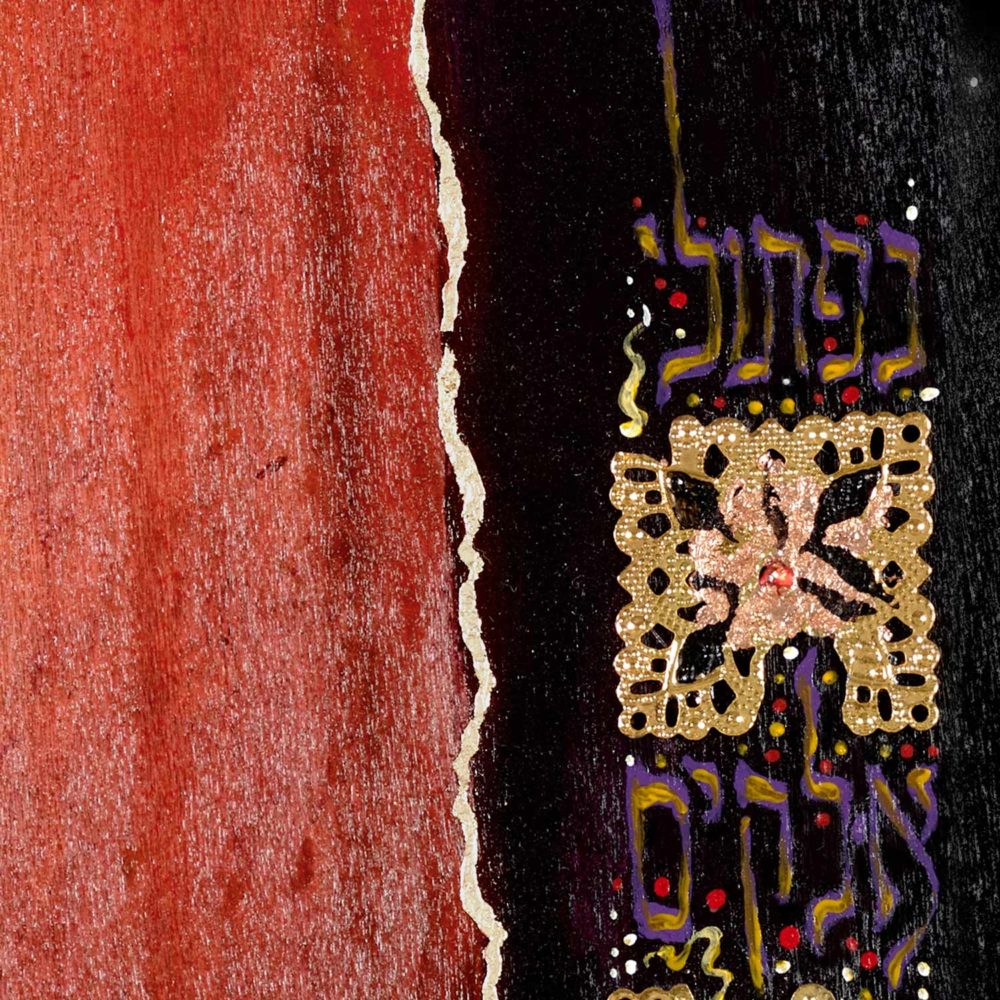 This manuscripted illumination of Naftulei finds the two matriarchs, Leah and Rachel, and their respective handmaids Zilpah and Bilhah, ensconced in an archway. Bilhah has given birth to a second son. And Rachel reflects on the heart-wrenching emotional “entanglement” with her sister Leah which preceded the birth of this boy and gave him his name: Naftali.

In the right border of the print appear the words of the verse Genesis 30:8, נפתולי אלקים נפתלתי עם אחתי, “In divine knots was I entangled with my sister.” The four squares that separate the words are touched with bits of gold leaf, as is the bordering line. In the right margin the commentary of the Radak, Rabbi David Kimchi (1160–1235) of Narbonne, is rendered in English as follows.

“In divine knots was I entangled with my sister.” (Genesis 30:8) I wrestled fiercely with my sister … The word NAPHTULEI (נפתולי), “knots,” stems from PTIL (פתיל), “strand.” It’s like a two-strand cord that gets its strength from the braiding of its strands. ― Radak