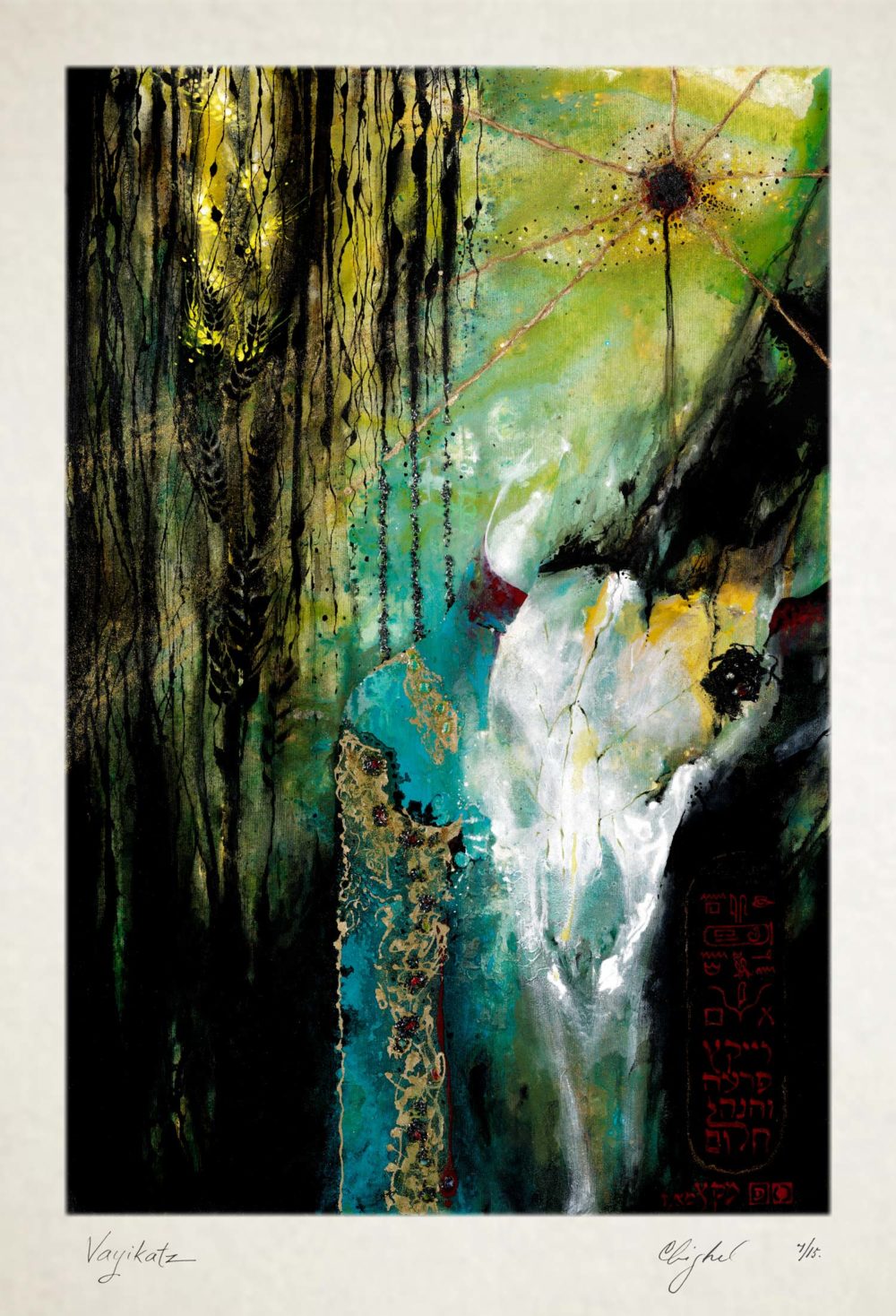 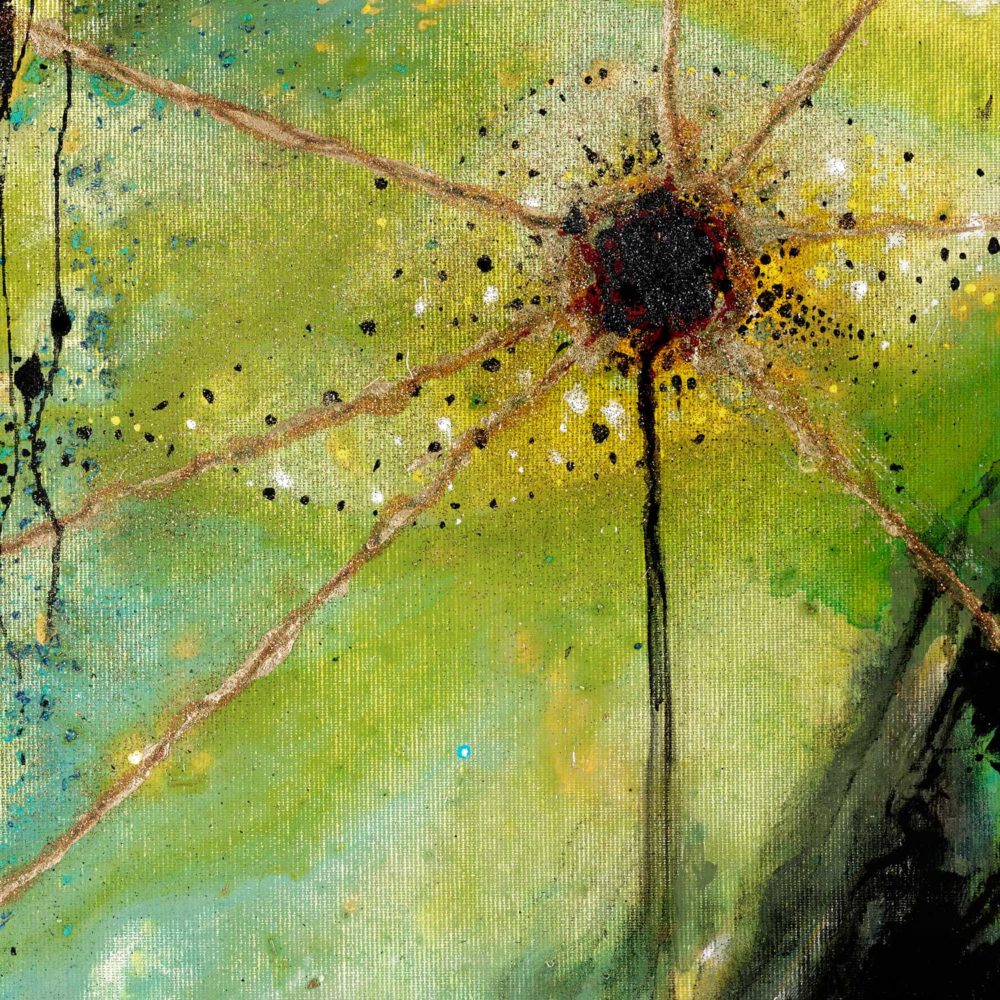 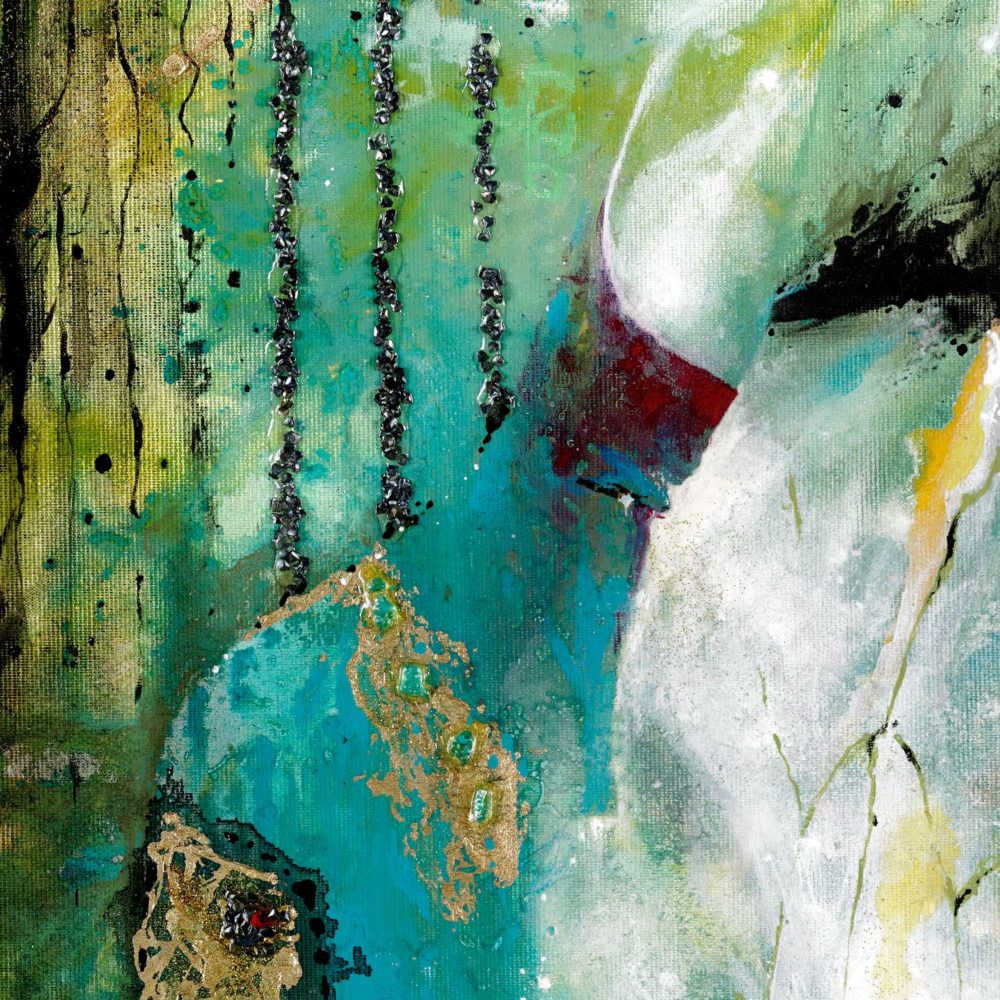 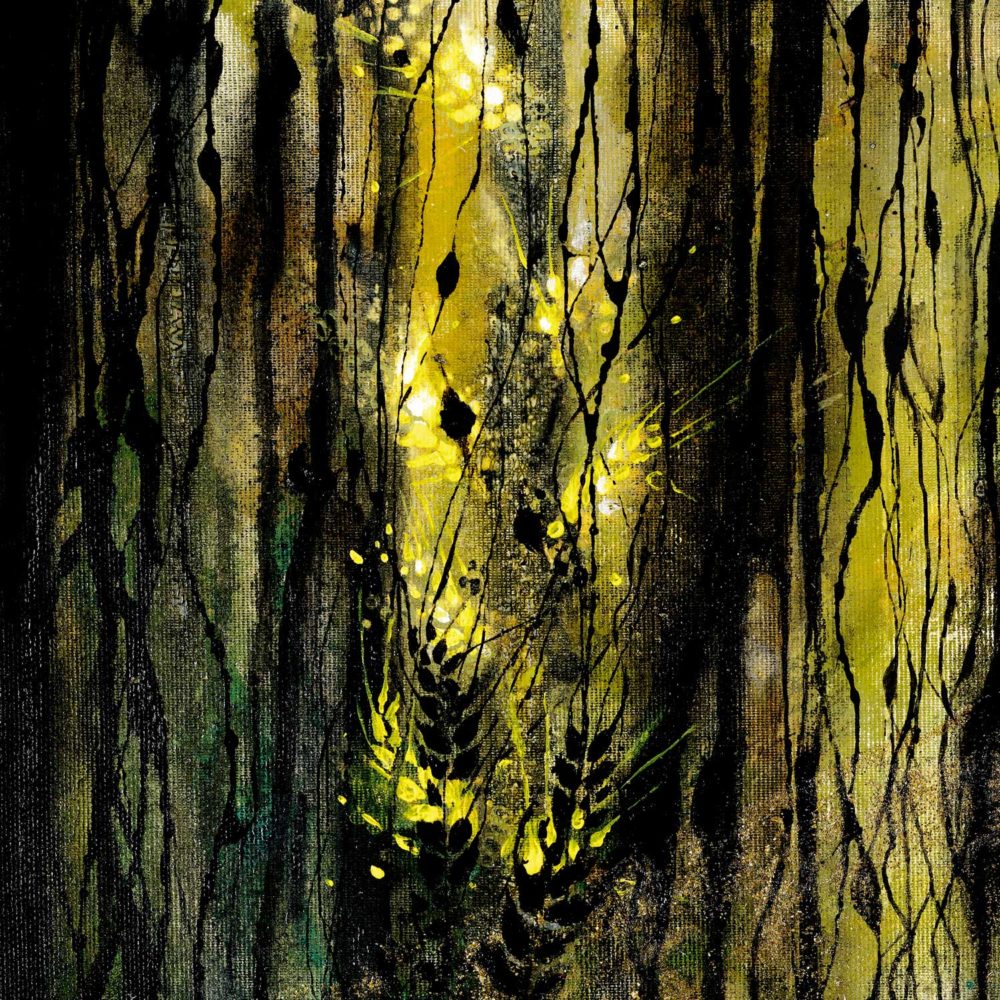 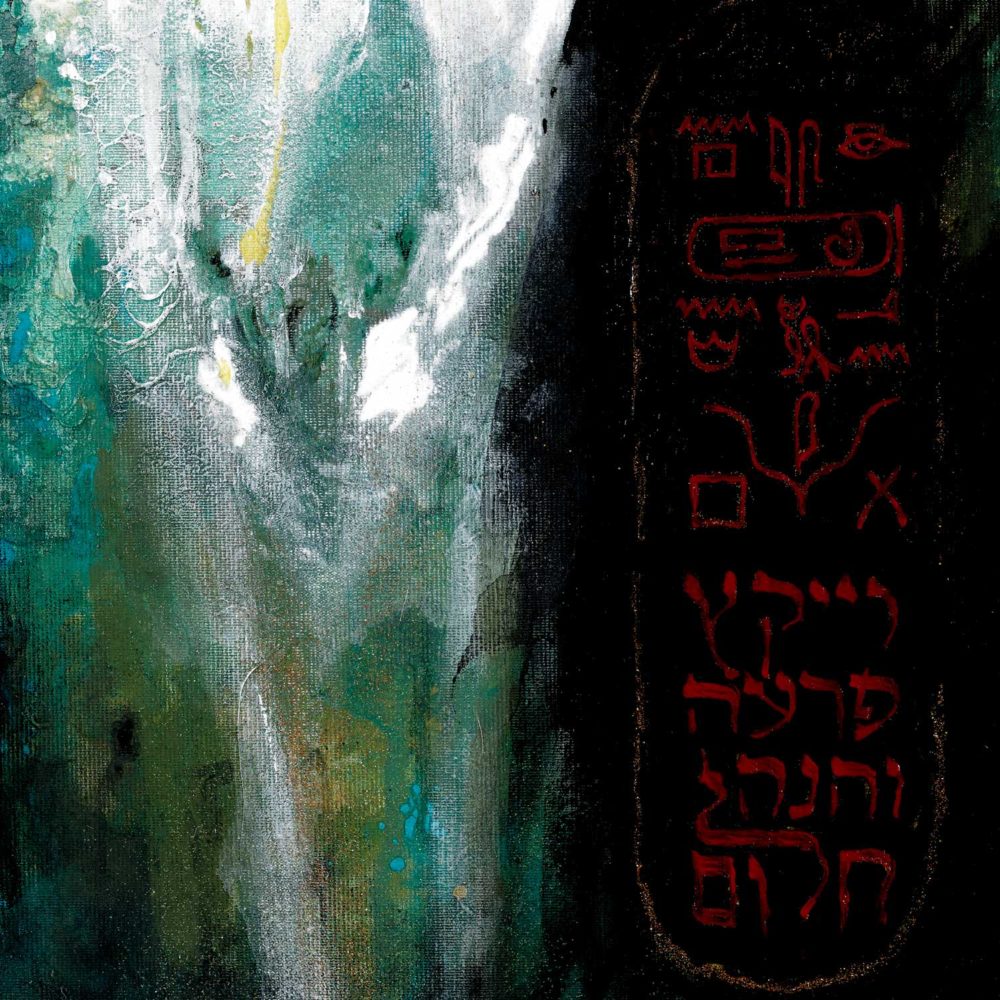 This print of Vayikatz walks in on Pharaoh, robed in turquoise and gold, crowned with Pschent, the double crown of Lower and Upper Egypt, just as he has risen from his second nightmare. Vayikatz: “and he awoke.” A cruel sun of Ra burns, and burns out, above. An enormous bovine skull shares its bloody right horn with the red Deshret part of Pharaoh’s crown.

… Pharaoh dreamed that he was standing by the Nile, when out of the Nile there came up seven cows, handsome and sturdy, and they grazed in the reed grass. But presently, seven other cows came up from the Nile close behind them, ugly and gaunt, and stood beside the cows on the bank of the Nile; and the ugly gaunt cows ate up the seven handsome sturdy cows. And Pharaoh awoke. He fell asleep and dreamed a second time: Seven ears of grain, solid and healthy, grew on a single stalk. But close behind them sprouted seven ears, thin and scorched by the east wind. And the thin ears swallowed up the seven solid and full ears. Then Pharaoh awoke: it was a dream! (Genesis 41:1-7)

The last sentence, וייקץ פרעה והנה חלום, appears in Hebrew as well as in Egyptian hieroglyphs in a red cartouche in the bottom right corner of the print.